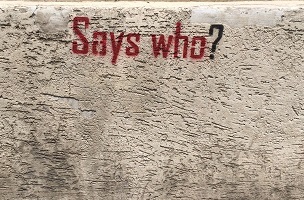 “Joe” had filled in a form will and provided that, after he passed away, his executor would be someone appointed by his sister “Jane,” and his property would be distributed in a manner also to be decided by Jane.

Although Joe had properly executed the will, his intent was not declared in a definite manner. Instead of making several important decisions, his delegation of them left patent ambiguities in the will. If the will is admitted to probate at all, the ambiguity is likely to cause any gifts of property to lapse.

The result will be intestacy (if the will is not admitted to probate) or the default distribution scheme contained in the Probate Act for intestate estates (if the will is admitted, but all of the gifts lapse).

Being selective in choosing executors and beneficiaries, and taking steps to prepare them for those roles, can result in a more smooth transition. And being definite in describing the components of the estate and the people who will be involved with the estate can avoid the ambiguities and disputes that lead to delays, costs, litigation, and hurt feelings that can last for years.

Both to avoid a lapse in the will and also to take steps to preserve one’s legacy, then, it is important to undertake estate planning in a thoughtful and definitive manner.